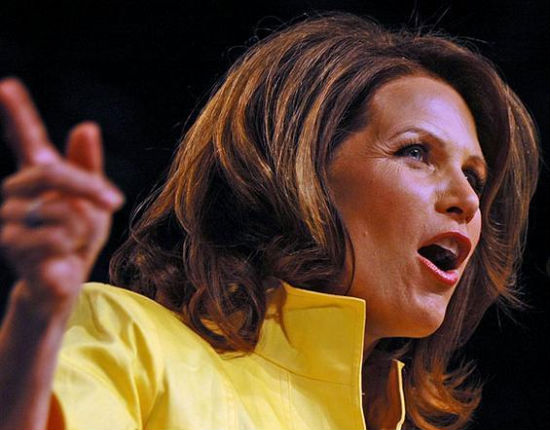 It has been 130 years since James Garfield became the only President to ascend directly from the House of Representatives.  There have been other serious presidential contenders from the House, including Dick Gephardt and Jack Kemp in 1988.

But perhaps no modern presidential candidate from the lower house has risen higher, faster than Michele Bachmann, who represents Minnesota’s 6th Congressional District.

Bachmann’s rise is a result of a combination of attributes unique among the GOP presidential contenders: charisma, competence, and credibility with the GOP’s two most important constituencies, religious conservatives and the Tea Party.

But can she win the nomination?  It has been suggested that Bachmann does not yet have enough experience to be President.  If elected, however, she will have served more time in the U.S. Congress (five years) than the current President had (four years) when he won the presidency.  She also spent six years in the Minnesota State Senate.

And, unlike President Obama, Bachmann has spent her legislative years not on the sidelines but rather taking bold stands and leading on legislation.  As a state senator, Bachmann led the fight for a state constitutional amendment to protect traditional marriage (which is why my political action committee, Campaign for Working Families, has been proud to support Bachmann in each of her congressional elections).

In the House, she had been a leading conservative voice on issues ranging from tort reform and ObamaCare repeal to energy independence and light bulb freedom.

Her legislative competence and experience were on display in last Monday’s Republican debate in Manchester, New Hampshire.  Her keen grasp of the issues surprised many of the liberals who for years have tried to smear her as a paranoid loon.  Even they had to admit that she was the debate’s hands down winner.

If Bachmann appears to practice her politics with the zeal of a convert that’s because she is one—an ideological convert from the cult of liberalism.  Like many evangelicals, Bachmann supported Jimmy Carter for President in 1976 and even worked for his campaign.  But, again like many evangelicals, she became disillusioned by Carter’s social liberalism and excited by Ronald Reagan’s combination of hope, toughness and respect for the dignity of human life.  She volunteered, and voted, for Reagan in 1980.

Bachmann spent the next two decades becoming a lawyer and tax attorney, helping to raise five biological children and 23 foster children and engaging in pro-life activism.

Like Reagan and Sarah Palin, Bachmann is disliked by many establishment Republicans.  But she is unique among GOP presidential hopefuls in having a deep reservoir of goodwill among both Christian conservatives and Tea Party supporters.

She is a devout Christian who has championed all the important social issues, from traditional marriage to the sanctity of life.  She is founder of the House Tea Party caucus and is a huge draw at Tea Party events.

As they have done with Palin, the media have tried to dismiss Bachmann as all beauty and brashness but no brains.  Bachmann’s debate performance helped put the incompetence charge to rest.

And what the media call brashness is merely candor spoken by a conservative.  Honed on the sets of left-wing talk shows, Bachmann’s ability to confront political opponents makes her perhaps the toughest Republican running for President.

One of Bachmann’s most admirable traits is her ability to handle criticism.  She was recently mocked for mistakenly stating that the battles of Lexington and Concord took place in New Hampshire.

The same media that has largely ignored Barack Obama’s gaffes—such as his contention that he had visited “57 states” on the presidential campaign trail, and his mistaking the year of the Bloody Sunday march in Selma, Ala., pounced on Bachmann’s slipup.

Bachmann admitted the mistake and offered a clever gibe.  “So I misplaced the battles Concord and Lexington by saying they were in New Hampshire.  It was my mistake.  Massachusetts is where they happened.  New Hampshire is where they are still proud of it!”

Bachmann lives in Minnesota (incidentally, the only state to have voted Democratic in the last nine presidential elections).  But in order to win the GOP nomination she will probably have to finish at least second in the caucuses of her birth state, Iowa.

Polls show Bachmann running second there, and tied for second in New Hampshire, where the first primary will take place.

Bachmann’s debate performance has helped position her to move from the large field of possible GOP nominees to the much more exclusive group of plausible nominees.

But even if she doesn’t win the Republican nomination, Bachmann, who is 55 years old, will likely have other opportunities to run for President, and to prove once and for all that a conservative woman’s place is not only in the home but also in the House of Representatives and the White House.