Nurses in Congress Rip Obama's 'Plan' to Save Medicare 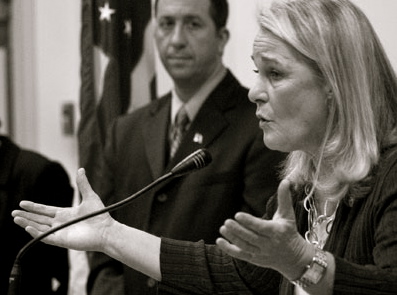 Days after the White House insisted that the President has long had a plan to maintain and reform Medicare, that claim has come under intense fire from three lawmakers who have a particular interest in and understanding of the program—the freshman U.S. Representatives who are former nurses.

In separate interviews with HUMAN EVENTS, Republican Representatives Diane Black (Tenn.), Ann Marie Buerkle (N.Y.) and Renee Ellmers (N.C.)—all of whom were nurses and health care professionals—blasted White House Press Secretary Jay Carney for this claim he made on June 9:  “I think we’ve made clear what the President’s plan on Medicare reform is.”

In responding to a question from HUMAN EVENTS as to whether the President has offered a plan to reform Medicare, Carney said, “It’s part of his proposal for his 10- to 12-year budget-deficit-reduction plan of $4 trillion.  So we have—there are reforms to entitlements, including Medicare, in the Affordable Care Act.  There are more reforms that strengthen and improve Medicare in a proposal he’s put forward for his long-term deficit-reduction plan.”

The three nurses who are now Republican House Members hit this hard.

“I can’t believe [Carney] could say that,” Buerkle told us.  “The budget that the President proposed and that he is talking about was rejected 97 to 0 by the Senate.  The Affordable Health Care Act would eventually take $500 billion out of Medicare.  What he’s talking about is not a plan at all.”

North Carolina’s Ellmers strongly seconded this view.  Speaking as a nurse and the wife of a surgeon, the Tarheel State lawmaker told us:  “I’m still shocked that the President would continue to stand by his health care plan that the independent Congressional Research Service has shown would bankrupt Medicare by 2024.  The President says that the only way to fix Medicare is to take away $500 billion from the program in order to pay for his government takeover of the health care industry.

Both Buerkle and Ellmers warned that under the Affordable Health Care Act, there would be a fifteen-member panel of government officials who would oversee health care.  In Ellmers’ words, “Unelected and unaccountable bureaucrats [would have] the power to choose who will get health care and who will not.  I’ve seen firsthand the problems facing doctors, patients and seniors and am dismayed to think that our President would continue to allow an important program like Medicare to go bankrupt by 2024 in order to mandate his own healthcare program.”

Tennessee’s Black, who had been a nurse for nearly 40 years before her election to Congress last fall from the district once held by Al Gore and his father, told us, “I don’t consider this much of a plan.  In fact, the Medicare changes in the health care law and the President’s recent doubling down on IPAB [Independent Payment Advisory Board] doesn’t save Medicare for future generations at all.  We’re still facing a system that will go bankrupt within a decade unless something is done to save it.”

Like her fellow nurses in Congress, Black took the opportunity in responding to Carney to again voice support for the Republican alternative plan on Medicare.

“I voted for the Path to Prosperity,” she told us, “because it is the only plan out there that will provide real choice and save Medicare for the next generation.”