Connect with us
Democrats have targeted 13 GOP House members with robocalls that frighten constituents into begging the lawmakers not to "end Medicare." 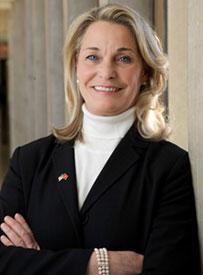 “Disgusted” is how a freshman Republican House member told HUMAN EVENTS she felt after a day of her office answering  telephone calls generated by the Democratic Congressional Campaign Committee that led to tearful constituents asking whether the GOP lawmaker wanted to “end Medicare.”

“Some of my constituents were in tears and probably can’t sleep tonight because robocalls from the DCCC told them that the [House Republican] budget will get rid of their Medicare,” an outraged Rep. Ann Marie Buerkle (R.-N.Y.) told us.  “Those kind of tactics are mean-spirited and they lack integrity.

“I’m disgusted at the DCCC because, clearly, they put politics above people.”

A clearly angry Buerkle contacted HUMAN EVENTS last Thursday evening, after her district office was deluged with what she said were “at least one hundred telephone calls from constituents generated by robocalls from the DCCC claiming that I was supporting a ‘plan to end Medicare’ that increases the debt because of ‘more tax breaks for millionaires and corporations.’ ”

“Finally, after our staff left in the early evening, I began answering some of the calls myself,” recalled Buerkle, one of three former nurses elected to the House in the Republican sweep last fall and a strong supporter of the Medicare reform plan in the GOP budget.  “Some of my constituents were in tears, and asked me why Republicans wanted to get rid of their Medicare.  I explained—to several callers, in fact—that the Republican plan does not ‘get rid of Medicare,’ that it doesn’t even affect anyone over 54, and preserves health care for the next generation of senior citizens.”

The Syracuse-area lawmaker also told HUMAN EVENTS that the technology in the robocalls “apparently permitted the person receiving them to just press a number and be connected to my office.  And they were urged to protest what the Democrats claimed was the Republican position on Medicare.  This is something we’re going to have to face and deal with.”

Buerkle wasn’t the only House member getting “Mediscare” calls.  Her office told me that she was one of 13 House Republicans on a DCCC “target list” for robocalls that refer to them as backers of a “plan to end Medicare.”  (Politico later published the list of “Targeted Members,” which includes 12 freshman Republicans and six-term Rep. Steve King of Iowa.  All are considered vulnerable to a Democratic assault next year.)

Last month, Democrat Kathy Hochul won a nationally watched special election for the House seat in a Buffalo, N.Y., area district that had been in Republican hands for four decades.  Because her campaign was based in part on charges that her opponent wanted to “end Medicare,” it was widely expected that Democrats would expand this kind of broadside nationwide and especially at GOP lawmakers in marginal districts.

However, by upsetting senior citizens to the point of tears in some cases, Buerkle charges, Democrats “have gone too far—and I’m disgusted.”

Back Door Gun Control and Fighting Back