Connect with us
Why increase the limit on our insidious debt? It funds an entitlement "safety net" that is really a web of poverty, misery, helplessness and depravity. 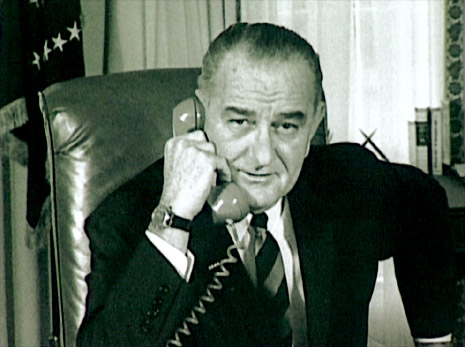 As the White House lobbies to raise the nation’s debt ceiling, why not instead raise its moral ceiling? After decades of rewarding bad behavior, it is in the government’s best interest—and perhaps even its duty—to promote the morals and values that made our nation great.

The Obama administration wants Congress to raise the debt ceiling so our government can borrow more than the almost $14.3 trillion currently allowed by law.  Conservatives want any debt increase tied to spending cuts, and a recent vote shows Obama lacks the political capital to ram through an increase as he might have in the past.

But an increase in borrowing authority is no solution to our nation’s woes.

How will a little bump curtail unfunded entitlement liabilities some estimate to cost more than $100 trillion?

Instead of raising the ceiling for more debt to support policies rewarding unwed motherhood, broken families and failing government-run schools, we must instead raise America’s moral ceiling to promote the institution of marriage, hard work and quality education.

In the long run, reinvigorating these virtues could effectively cut spending by lessening the need for government entitlements now certain to bankrupt our government.

Conventional wisdom suggests a precipitous moral decline in America since the 1960s.  Consequently, no subgroup has been affected more than the black family.  The notion of family has changed.  Marriage no longer seems to hold the same appeal and divorce rates have skyrocketed.  Two-parent homes and academic performances suffer chronically, while crime and illegitimacy flourish.  But the liberal elite apparently considers all this a series of social non sequiturs.

But again, how after Herculean efforts such as the 1964 Civil Rights Act, set-asides, public housing projects, “The War on Poverty” and the rest of the Johnson Administration’s Great Society programs, did millions remain mired and dependent almost entirely on the state for their very existence?  Instead of curing “inequality” and “racism,” more government seems only to have compounded problems.

In his 1965 report, “The Negro Family: The Case for National Action,” future Sen. Daniel Patrick Moynihan was alarmed that approximately a quarter of black households were headed by women. Today that number has risen sharply to 70%, (41% overall).  Also, black unemployment was more than 16% in April—a 40-year high—and there are the persistent problems of drugs and a culture of crime.

The result?  Profound impoverishment and visibly destitute inner cities.  Neighborhoods where shattered families and unwed (regularly teenage) mothers produce unruly youths, who are often housed by the Department of Housing and Urban Development (HUD), doctored by Medicaid, taught by Head Start and fed by food stamps.  And this culture perpetuates the same self-defeating behavior: lawlessness, dropping out and drug abuse.  In the end, it’s nothing but misery, and the most shrunken scoop of existence that endorses a poverty both moral and spiritual.

Instead of blaming discrimination, this President should address the problem of absentee fathers. Instead of screaming racism, liberal academics should preach the value of graduating from gang life.

So much of our nation’s debt exists to support a massive safety net.  We have turned our society on his its head in an idle attempt to cope with the now shameless scores of unmarried women (of all races) giving birth to illegitimate children.  We all know that two incomes are better than one, and that children are less likely to fall into poverty themselves when they see the unwavering commitment of their mothers and fathers to work.

Congress can pass no law to mandate solid marital relationships, and President Obama cannot sign an executive order to raise academic achievement.  But the President can play a larger part in reinvigorating our broken values system.  Congress can pass laws such as tax breaks for married couples and welfare reform that discourages single parenthood.  And vouchers can help raise the quality of stagnant school systems.

The stakes are too high to ignore.  As W. Bradford Wilcox and Chuck Donovan pointed out in Christianity Today last December, statistics show America’s moral breakdown expanding from the lower class to the middle class.  If trends hold true, it will create a larger gulf between the lower and middle classes and the nation’s wealthy—and likely force the government to expand its entitlement safety net, which in turn will necessitate further borrowing.

Raising the debt ceiling is certain to push our nation closer to insolvency.  Raising our moral ceiling can make people happier, more productive, and possibly help us work down our debt.  As far as the latter is concerned, however, these days it sounds like there is nowhere to go but up.

Stunner. Democrats Latest Plan Is to Spend More of Your Money

Jerome Hudson is a member of Project 21 a sponsorship of the National Center for Public Policy Research. He is the editor of OurLastStand.com and can be reached at Jeromehudsonspeaks.com.