You can’t do better for an amusingly dry summary of the bizarre incident known as “Weinergate” than Mediaite’s introduction to the case:

“Much of this story involves circumstantial evidence, much of which can be interpreted in contradictory ways.  But the facts that are available are that a picture of an underwear-clad penis was sent, via Anthony Weiner’s Twitter account, to a 21 year-old student named Gennette Nicole Cordova in a publicly-viewable message.  The message contained a link to Congressman Weiner’s YFrog account.”

Weiner, who happens to be an outspoken class-warrior Democrat Congressman from New York, immediately claimed his Twitter account had been hacked.  Cordova kinda-sorta backed him up on this, claiming she suspected the photos of Weiner schnitzel came from a sinister person of her acquaintance, who was bent on “defaming the Congressman and harassing his supporters.”

This malevolent hacker has such mad skillz that Weiner was apparently afraid to report the hack to the authorities, despite the fact that messing with a Congressman’s personal data in this manner would present a national security risk.  Weiner sits on both the House Energy and Judiciary committees, and is part of the Democrat Party’s Congressional leadership.

Combining these established traits of incredible hacking skills, a profound disrespect for authority, and a reputation that would strike fear into the heart of a sitting Congressman, I produced this composite sketch of the likely culprit: 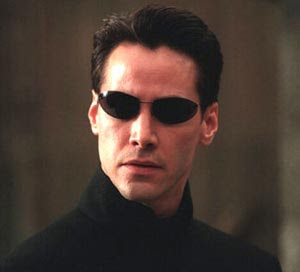 No sooner had I sent this sketch off to the FBI than Weiner suddenly modified his story, claiming that the incident was not a “hack” of his accounts, but rather a “prank.”  I therefore updated my composite sketch accordingly: 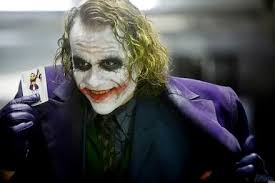 Actually, unless more information comes to light, it seems likely this was the work of someone on Weiner’s staff who had access to his accounts.  That would explain the initial, panicked reaction of blaming it on a “hacker,” to avoid the embarrassment of admitting the identity of the true culprit.

I have no end of serious policy and philosophical differences with Weiner, but I really doubt he sent those photos himself.  I wouldn’t use the word “impossible,” for that word should never be used to describe the behavior of Congresspersons from any party, but I’ll go with “unlikely” for now.  Everything Weiner has said and done thus far is consistent with a politician trying to play for time while he figures out what the hell just happened.

On the other hand, blogger Ace of Spades – who spent the weekend demolishing Weiner’s claim of being victimized by a hacker – has been all over this story, and has a thorough round-up of the interesting coincidences surrounding the Congressman and the coed.

At any rate, the “hacker” story has been officially withdrawn, and that fact alone will do significant damage to Weiner… not to mention the legion of lefty bloggers who had hastily prepared their own composite sketch of the digital fiend: