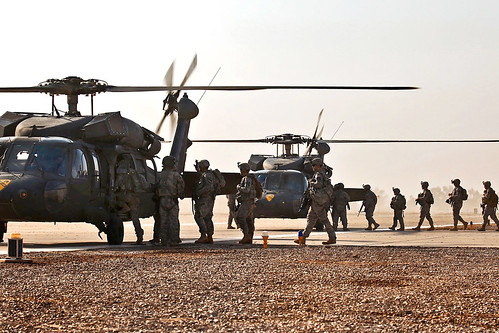 An avalanche of amendments to the $690 billion defense-spending package has bogged down passage of the bill with policy issues that tackle the border, military action in Libya, whistleblower protections and rules of engagement.

Rep. John Carter (R.-Tex.) drew the ire of Democrats with his successful amendment to protect whistleblowers in the military who report ideologically based threats.

Such protections, Carter said, might have prevented the Fort Hood rampage shootings by Army Maj. Nidal Malik Hasan, in which 13 people were killed.

Carter said those concerned about the psychiatrist’s suspicious behavior did not report it for fear of being accused of profiling Muslims.

Rep. Adam Smith (D.-Wash.) said whistleblowers are already protected under current law, and that more education about such protections is what is needed.

“This broadens … the freedom to say anything at anyone at anytime, which we don’t want,” Smith said.  “This amendment is overly broad and would cause more trouble than it would solve.”

Rep. John Mica (R.-Fla.) said rules-of-engagement language is necessary for armed forces in the field to defend themselves in hostile actions, but Democrats disagreed.

“It would micromanage in the absolute worst way,” Smith said.  “Leave the authority with the commanders where it belongs.”

A vote on that matter was postponed.

In a rebuff to the Obama administration’s efforts to identify political contributions from companies with government contracts, an amendment was approved to specifically ban such disclosure.

One amendment expressed the sense of Congress that the Defense Department should share intelligence and technology with Homeland Security to address national security threats on the Southwest border from transnational criminal organizations, including the testing on the border of surveillance technologies being considered for combat operations.

Another measure approved clarifies that Congress has not authorized military actions in Libya.

With only about 70 of more than 150 amendments tackled by Wednesday night, the House has yet to address the most contentious measure, which critics say is tantamount to permanent war without congressional approval.

Section 1034 of the bill states, “Congress affirms that the United States is engaged in an armed conflict with al-Qaeda, the Taliban, and associated forces and that those entities continue to pose a threat to the United States and its citizens, both domestically and abroad.”

It also states that “the President has the authority to use all necessary and appropriate force during the current armed conflict with al-Qaeda, the Taliban, and associated forces pursuant to the Authorization for Use of Military Force.”

President Obama is threatening to veto the legislation based in part on that measure.

The Obama administration says it “strongly objects” because “purporting to affirm the conflict, would effectively recharacterize its scope and would risk creating confusion regarding applicable standards of authorization.  At a minimum, this is an issue that merits more extensive consideration before possible inclusion.”

“It allows the President to pursue war at any time, at any place, without congressional approval,” Paul said.

Obama is also threatening to veto the legislation, which is $1.1 billion more than he requested, because of “Don’t Ask, Don’t Tell,” now pending repeal, and other military policies that will affect the wars in Iraq and Afghanistan

The veto threat also targets the continued development of a secondary engine for the F-35 Joint Striker Fighters and a ban on transferring some Guantanamo detainees to the U.S.

Debate on the remaining amendments and passage of the entire bill continues on Thursday.