Connect with us
The unexpected timing of Indiana Gov. Mitch Daniels' announcement of his 2012 plans early Sunday morning has political reporters as well as Republican insiders scrambling. 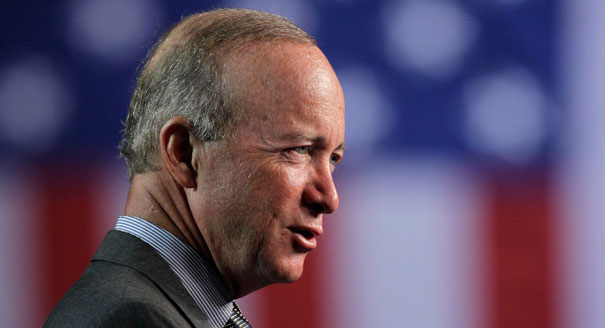 The unexpected timing of Indiana Gov. Mitch Daniels’ announcement of his 2012 plans early Sunday morning—not to mention the unanticipated news that he won’t run for President after all—has political reporters as well as Republican insiders scrambling.  In the hours following the surprise “no-go” by the former Office of Management and Budget director under George W. Bush, the question most asked in GOP political circles is: who will the Bushmen turn to now?

Will the GOP’s “old Guard” that helped both Bush and his father secure presidential nominations now turn to Mitt Romney or to former Utah Gov. Jon Huntsman, who secured favorable national coverage for his swing through New Hampshire last week?  Or will they increase the pressure to run on New Jersey Gov. Chris Christie, who often leads the presidential pack among likely Republican voters when his name is put in a poll but sounds adamant about not running after less than three years in the statehouse?

As of Friday, all signs were “go” on a Daniels candidacy.  Several sources insisted that the two-term governor’s political team in the Hoosier State was geared up for a national campaign.  At a luncheon in Washington DC Friday that included four correspondents who cover Republican politics (including this reporter) and a well-known GOP consultant, the conclusion about Daniels was unanimous: he would run.

A little over 24 hours later, Daniels was not running.  His announcement came Sunday morning.  Reporters and Daniels-watchers in the Hoosier State scrambled to offer explanations.  At this time, there is strong evidence that, despite the near-unanimous encouragement of the governor’s political team in Indianapolis, the Daniels family just didn’t want him to do it.

Outside of Indiana, many of the political team around George W. Bush had been talking to Daniels about a race.  The 43rd President himself spoke to him about a race, and there were reports that Laura Bush had spoken to the governor’s wife about what to expect if he became a candidate.

“And Karl [Rove] is pushing Daniels—don’t let anyone kid you,” said one veteran conservative leader from Texas.  “He loves the campaigns and just can’t let go.”

A Daniels candidacy would, in all likelihood, have turned the switch on for a nationwide network of Republican operatives and fund-raisers who have had their talents honed and polished in campaigns going back to the elder Bush in the 1980 primaries.  In addition, as one veteran of the younger Bush’s White House press office reminisced, “the Bush [II] alumni group is tightly knit and stays in touch.”

Now that “shadow” campaign operation doesn’t have the candidate who would have been a perfect fit form them.  Where the Bushmen go is now going to be a major political question.