Do Palin and Romney Represent a GOP Income and Education Divide? 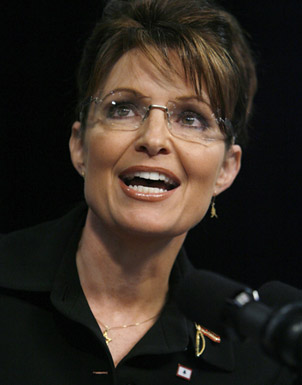 Is there a beer vs. wine or a mink coat vs. cloth coat divide in the Republican primary electorate that divides affluent and more well-educated Republicans from those who are poorer and less educated?

According to a recent study by Gallup, there just may be.

In a survey of 3,304 Republicans during the past three months, Gallup found that “Republican college degree holders are more likely than those without a degree to support Mitt Romney for the Republican presidential nomination in 2012, 21% vs. 13%. Similarly, Romney’s support climbs from 9% of Republicans earning less than $24,000 annually to 21% of those earning $90,000 or more.”

When it came to Sarah Palin, the reverse was true.

According to the survey Palin was “favored by nearly twice as many Republicans without a college degree as those with one, 16% vs. 9%, and her support decreases by income from 22% among the lowest income group to 7% among the highest.”

One result that may surprise people, given how the mainstream media often paints Palin as someone who would have a narrow base of support should she run for the GOP nomination, was that, according to Gallup, “despite her strong Tea Party connections, Palin receives as much support from liberal/moderate Republicans as she does from conservative Republicans, 15% vs. 13%. Also, there is little differentiation in preferences for her by region, ranging from 12% in the West and Midwest to 14% in the South and 16% in the East.”

Some other numbers of note from the study. Newt Gingrich “does twice as well with conservatives as with liberals and moderates, 10% vs. 5%. However, he is preferred by similar percentages of Republicans across regions, from 7% to 10%.”

Mike Huckabee, who has been an early front-runner in many polls, has support that “crosses socioeconomic lines, it is heavily concentrated among conservatives and in the South and Midwest.”

The tracking poll did not include Donald Trump, whose populist message has carried him to the top of many recent national polls.

These numbers will change as more candidates enter the nominating contest and their ideas and records are fleshed out. One thing that will remain certain is the seemingly different values and preferences that those in different socioeconomic groups presumably hold, and any successful candidate, it goes without saying, will have to craft a message that best appeals to those on both ends of the socioeconomic and education spectrums.

How to Create a Job