What Happens If They Don't Raise the Debt Limit? 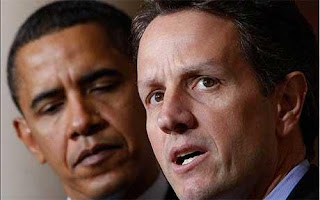 Sometime before August, Congress will have to hold its collective breath and vote on whether to raise the limit on the federal debt, which now stands at a record $1.6 trillion.

In the past, that debt limit has always been raised before the debt ever hit it.  But this year, there are growing doubts over whether this will happen.  In large part, this is because a growing number of the 87 freshman Republicans who comprise more than one-third of the GOP’s House majority are voicing a willingness to vote “no” on lifting the ceiling.

Johnson’s view was seconded by fellow freshman Rep. Dan Webster (R.-Fla), who told us he does not believe that “Armageddon will come if the debt ceiling is not raised immediately.  Look, the administration is already starting to take steps to deal with situations if Congress refuses to raise the ceiling.  As I see it, we will operate on a cash basis for a while, the government won’t be able to borrow, and the revenue that comes in will go immediately to pay for critical necessities—national defense and Social Security for starters.”

Coming as the “no” votes from Republican House freshmen mounted during four successive Continuing Resolutions to keep the government running this year, such talk has fueled “gloom and doom” predictions from the White House.  Last month, Press Secretary Jay Carney told reporters at the White House that “the consequences of failing to raise the debt ceiling would be Armageddon-like.”

So what will happen if it appears Congress will say no to raising the debt limit in May?  Will U.S. credit worldwide be endangered, thus having a lasting impact on federal programs and America’s ability to borrow?  (“We’ll be paying the Chinese the interest on our debt in script,” is how one Washington wag put it).  Or will the Treasury Department suddenly begin printing greater amounts of money and thus spawn inflation of the U.S. dollar?

In all likelihood, none of the “sky is falling” scenarios will play out, even if it takes somewhat longer than expected to get a vote on the debt ceiling in return for the much-sought concessions on spending cuts for House Republicans.  As a just-completed report by the nonpartisan Congressional Research Service titled “Reaching the Debt Limit” noted:  “Treasury has yet to face a situation in which it was unable to pay its obligations as a result of reaching the debt limit.  However, during debt limit impasses in 1985, 1995-1996, 2002, and 2003, Treasury took extraordinary actions to avoid reaching the debt limit and to meet the federal government’s other obligations.”

During certain periods (from April 4 through April 16, 2002, from May 16 through June 28, 2002, and from Feb. 20 through May 27, 2003), CRS’s study noted, “Treasury again took actions to avoid reaching the debt limit, including utilizing certain trust fund assets and suspending the sale of securities to certain trust funds.  The debt limit was permanently increased on June 28.”

Most recently, in 2009, Treasury actually used a little-known program known as the Supplementary Financing Program (SFP) that was originally established as an alternative method for the Federal Reserve (Fed) to increase its assistance to the financial sector during the financial downturn.”

In short, the Treasury Department has always taken steps to avoid the U.S. failing to meet its obligations during impasses on extending the debt ceiling.  On Jan. 6 of this year, Treasury Secretary Tim Geithner wrote Congress stating that his department can delay for weeks the date by which the debt limit would be reached by taking certain actions.  It is presumed that during that period of delay, Congress and the administration would reach an agreement that would include spending cuts that are significant—or significant enough for the freshman House Republicans to go home and say they accomplished what they set out to do.

Florida’s Webster may have put it most succinctly when he said that while he did not believe the U.S. would fall into default, “The President will not get a clean debt ceiling vote.”