Connect with us
VIDEO: Monster mosques creep into the South, as jihadists seek to build the minaret over the steeple. 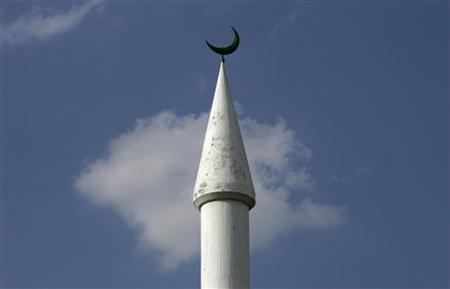 Homegrown Islamic terrorists are consciously moving to the South to take their Jihad to the heart of “infidel America,” says Erick Stackelbeck, investigative reporter and author of the new book, The Terrorist Next Door.

When we sat down, Stackelbeck argued that monster mosques are popping up everywhere below the Mason-Dixon Line because Jihadists want to “challenge American Christendom.” These multi-million dollar facilities, Stackelback suspects, are almost completely funded with Saudi Arabian and United Arab Emirates money. As you’ll see in our interview, Stackelback highlights a massive mosque in the Nashville area that had to get gobs of financial assistance for construction from elsewhere than the local Muslim community, as there are only 200 Muslim families in the area.

Oh, and these mosques are generally built near churches on purpose with the “minaret” towering over the “steeple,” and that’s not by accident. I’ll let Stackelbeck explain:

Next Time, Use FedEx