Connect with us
Democrats strongly criticize the bill as a "war on women." Republicans call it "the will of the American people." 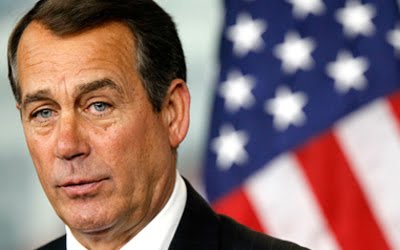 The House on Wednesday approved a permanent ban on federal funding of abortion despite opposition from Democrats who called the measure a “war on women.”

“This is the will of the American people and it ought to be the law of the land,” said House Speaker John Boehner (R.–Ohio).

The bill passed 251 to 175, with 235 Republicans and 16 Democrats voting in favor.  Boehner and other Republicans cited several polls, which they say show nearly 70% of Americans opposing public funding of abortion.

“It is morally wrong to take tax dollars for a procedure that is morally offensive,” said Rep. Mike Pence, (R.–Ind.).

Minority Leader Nancy Pelosi (D.–Calif.) criticized Republicans for pursuing the legislation instead of a jobs program or ending subsidies to Big Oil.

“Instead of doing that, we are again undermining women’s health,” Pelosi said.  “Once again, we see divisive legislation that is extreme and harmful to women’s health.”

Pro-choice groups estimate that 13.5 million women who are enrolled in federal programs including Medicaid could not take advantage of abortion procedures if the legislation becomes law.

Rep. Rosa DeLauro (D.–Conn.) said the bill “threatens the health of our economy” and is an “unprecedented assault” on women.

“When the nation is going broke and borrowing money from the Chinese … no taxpayers should be compelled against their will to pay for this loss of life,” Hensarling said.

Although President Obama twice voted against taxpayer-funded abortion in the District of Columbia when he served in the Senate, he is threatening to veto the legislation if it receives final passage in the Senate.

“The administration will strongly oppose legislation that unnecessarily restricts women’s reproductive freedoms and consumers’ private insurance options,” the White House said in a statement.  “If the President is presented with HR 3, his senior advisers would recommend that he veto the bill.”

Congress has passed temporary bans since 1976, tacked onto annual spending bills authored by former Rep. Henry Hyde (R. Ill.).  The language exempts cases of rape, incest, or when the mother’s life is in danger.

The bill bans abortions in military hospitals in the U.S. and abroad.

The legislation also eliminates tax breaks for businesses offering insurance that pays for abortion, which Democrats said amounts to a tax hike.

“It turns the tax code into a moral code,” said Jackie Speier (D. – Calif.).  “Many people are opposed to profanity, maybe we should make that illegal when filling out taxes.”

Republicans countered that taxpayers should not foot the bill for a procedure that many Americans find morally reprehensible.

“This is a position that supports the will of the American people,” said Rep. Steve King (R.–Iowa).

“If they [abortion providers] can’t make it in the market on their own, we have no business subsidizing them,” King said.  “We need to make sure taxpayers are not on the hook for paying for that choice.”

“We need to focus on bringing the government back to its core mission,” added Rep. Rich Nugent (R.–Fla.).  “You cannot tell me that paying for abortion is our core mission,” Nugent said.

Next Time, Use FedEx