Connect with us
A top Obama official ditches an appearance at a House transparency hearing to discuss the administration's stealth meetings with lobbyists and activists at coffee shops. 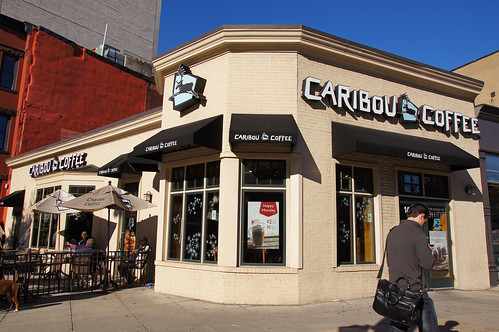 A House hearing Tuesday on the Obama administration’s pledge to conduct a transparent White House lacked one key element—transparency.

That’s because Brad Kiley, director of the White House Office of Management and Administration, refused to appear before the House Energy and Commerce subcommittee on oversight and investigations to answer questions about top officials meeting with lobbyists and political activists at local coffeehouses in order to circumvent public disclosure and scrutiny.

The records of only 1% of 500,000 meetings during President Obama’s first eight months of office have been made public, according to the Center for Public Integrity.

At least two-thirds of 1 million names that were released were part of the public tours, while thousands of known visitors to the White House, including numerous lobbyists, are missing from the logs, the center says.

“This is the way they have chosen to conduct business to avoid scrutiny and oversight,” Burgess said.

Kiley’s snub sparked a partisan squabble as to whether the White House was given enough notice about the hearing—one week, all that is required by committee rules—or whether Obama’s campaign promise was nothing more than lip service.

Transparency means showing up at the hearing, or at least sending a designee, Stearns said.

Only one Democrat, Rep. Anthony Weiner, (D.–N.Y.), agreed that it was a “dereliction and wrong for the administration not to send a witness.”

Henry Waxman (D.–Calif.), the committee’s ranking member, said it’s “hard to take this hearing seriously” because the administration was only given six days notice.”

“This is a move to give members on the Republican side of the aisle the opportunity to say, ‘They didn’t come!  They wouldn’t come!’  Give me a break,” Waxman said.  “This wasn’t the fault of the White House.  If you wanted them here, you should try to accommodate other people’s schedule.”

Both Waxman and Diana DeGette, (D.–Colo.) said Kiley’s conflict arose because he was asked to appear at another House hearing at the same time Tuesday to discuss similar presidential record-keeping issues.  However, Stearns later informed the committee that Kiley was a no-show there too, but had sent another White House official to cover for him.

“I don’t think we should apologize for asking the administration [to produce witnesses,” said Rep. Phil Gingrey (R.–Ga.).

“Maybe [Kiley] was involved in capturing and killing Osama, but I doubt it,” Gingrey said.

White House officials are skirting President Obama’s pledge to conduct the “most transparent presidential administration in history” and flouting the Federal Records Act and the Presidential Records Act by failing to disclose meetings with lobbyists, according to several government watchdog groups.

The New York Times reported in June that hundreds of meetings between liberal political activists, lobbyists, and White House officials went unreported in visitor logs because the groups took their business off campus to neighborhood coffee shops to discuss ObamaCare, stimulus spending, and environmental issues.  In one instance of circumventing the rules, a lobbyist told the paper that introductions to the chief executive of a major foreign corporation were made outside on a side lawn.

“I’ll call and say, ‘I want to talk to you about X,’ and they’ll say, ‘Sure, let’s talk at Starbucks,’ ” another lobbyist, who counted six or seven off-site meetings with White House officials on financial issues, told the paper.

Aides participating in the clandestine meetings included Rahm Emanuel, the president’s former chief of staff, Jim Messina, deputy chief of staff, Norm Eisen, the special assistant for ethics, and senior aides in the Office of Management and Budget and the energy czar’s office, the paper said.

The records, or visitor logs, are created by the Secret Service to reveal all individuals who enter the White House.

However, as recently as April 18, the Center for Public Integrity said the logs “routinely omit or cloud key details about the identity of visitors.”

Tom Fitton, president of Judicial Watch, told the panel his group met with the White House’s ethics chief in the fall of 2009 and was asked for a peculiar favor.  “The White House encouraged us to publicly praise the Obama administration’s commitment to transparency, saying it would be good for them and good for us,” Fitton said.

“However, the Obama team refused to abandon its legally indefensible contention that Secret Service White House visitor logs are not subject to disclosure under FOIA [Freedom of Information Act] laws,” Fitton said.

The exchange prompted Judicial Watch to file a lawsuit forcing the eventual disclosure of some visitor logs.  “The difference between this administration’s rhetoric and its practice is vast,” Fitton said.

John Wonderlich, policy director of the Sunlight Foundation, said, “Disclosure of the visitor logs has become a symbol for White House openness,” but if the Obama administration won’t do it voluntarily, Congress should mandate it through law.

Pelosi Thanks Bush For His Leadership in Bin Laden Hunt