If you own a firearm for protection, there are some very important things you don’t yet know.  To keep yourself safe and out of legal problems, you should really devote some time to build your knowledge about self-defense.

Surviving a deadly force encounter is as much about mental preparation as it is about the tools we use.  Fortunately, even the most time strapped individual can find a little time for reading before bed or while on lunch break.

The following are five books that are all easy reads, relatively short in length and are affordable.  I consider each of them to be essential parts to your gun library, though each for different reasons.  You probably won’t find them in your local book store, but they are readily available through Amazon.

Guns, Bullets, and Gunfights – Lessons and Tales from a Modern Day Gunfighter

Author Jim Cirillo was a NYPD police officer who prevailed in 17 separate shoot outs while a member of that department’s stake out squad.  It is unlikely there is a cop alive today that has been in more law enforcement shootings.

Cirillo talks about the stress of gun fights and the dynamics of encounters.  He also discusses different weapons and other tools such as ammunition choices.

Guns, Bullets, and Gunfights offers a unique look at shootouts from the man who probably had the greatest insight into what it really takes to win.  The book is arranged more as a collection of thoughts and essays rather than a overly polished media production.

Some of the stories he uses to illustrate points are absolutely riveting.

My takeaway:  a winning combat mindset.

Combat Focus Shooting – Evolution 2010 was written by veteran firearms trainer Rob Pincus.  Pincus takes a hard look at how we train and aims to distill firearms training to something that is as simple as possible, and that works with how our bodies naturally react under high stress.

Topics such as efficiency and the balance of speed and precision in shooting are key to the methodology that Pincus builds in Combat Focus Shooting.  Pincus includes some excellent drills for practicing your combat shooting skills.

Pincus stresses training for the probable, rather than what is merely possible.  For example, the average family sitting at home is probably not going to defend themselves from invading Cuban troops a la Red Dawn, even though it is theoretically possible.  So, training small team ambush tactics against mechanized infantry will not be a discussion found in Combat Focus Shooting.

Pincus released the updated Combat Focus Shooting book last year as a significant upgrade to the 2006 edition.  If you have the prior edition, it is worth picking up the new edition.

My takeaway:  mechanics of how the body reacts in combat and how to efficiently work with, not against, your body.

Trail Safe – How to Avoid Danger in the Backcountry

The author, Michael Bane, is known to many people as a TV personality due to his wildly popular shows on the Outdoor Channel.  But Bane has made his living as a writer for a significant period of his adult life, and that shows in the quality of writing in this book.

Trail Safe is not a typical gun book.  Yet, I found certain ideas about combat crystallize in my mind during his discussions about what is truly important in the context of personal combat.   Hence I find the book to be indispensable.

Bane discusses avoiding danger and the deployment of non-lethal and lethal force in Trail Safe.  But his story about cave diving is perhaps the best lesson if you understand the implications.  It is best if you read his telling, but cave divers know that once they get in the water and underground, a mistake will likely result in their death.  When any failure in your skills or equipment has such high stakes, it makes you carefully consider your training and tool selection.

When talking about surviving a gunfight, think about it in the same way a cave diver would.  Select the best training and equipment, and practice…a lot.

My takeaway:  learning what is important to learn and the idea of violent encounters as a chaos system.

I wish every person that bought a gun would buy this book.  Author Massad Ayoob wrote this book in 1980, yet it remains one of the only books that directly addresses when you can shoot a gun in self defense.

You can find any number of books that will teach you to shoot a gun, but very few will ever tackle the legal issues surrounding when you may use lethal force.

Don’t let the age of the book fool you.  The body of law is largely unchanged in the concepts of firearms for self defense, and In the Gravest Extreme remains the authoritative text.

Ayoob has spent decades testifying as an expert witness for armed citizens and police officers who have been wrongfully accused of a crime after defending themselves.  It is unlikely that there is anyone in a better position to explain the use of delay force in defense of self than Ayoob.

My takeaway:  when, not just how, to shoot.

Kenn Blanchard is a prolific activist when it comes to gun rights and self defense.  A former Marine, federal law enforcement officer, firearms trainer, Christian minister and podcaster, Blanchard wrote this book to break through the stereotypes held by people of color about gun ownership.

Blanchard attacks the notion that gun control is crime control, and explains in detail the racist roots of gun control.  Blanchard discusses handgun selection and training, but the incredible value to me is in the history lesson and awareness of cultural influences on the rights to self defense.

My takeaway:  incredible history that has been left out of the school textbooks that gives context to your right to defend yourself.

The Instruments of Bin Laden’s Death 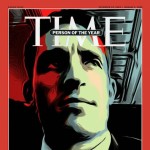