[This article was originally published in the March 21st issue of HUMAN EVENTS newspaper.]

Often during a NASCAR race, an unconventional, enterprising, or daring move by the crew chief ends up allowing the driver to win the race.  For this week’s column, I offer (perhaps unconventional) suggestions as to how Mitt Romney, Haley Barbour, Mitch Daniels, and Tim Pawlenty can break out of the pack.

Romney faces two initial hurdles—convincing voters that he is authentic and managing the tough opening hurdle that is the Iowa Caucus.  The Romney camp is probably deciding on whether it should even play in Iowa at all.

Here is my suggestion.  Participate in Iowa and call for an end to ethanol subsidies during every Iowa appearance.  This will not endear him to Iowa’s caucus-goers (they probably won’t put him over the top anyway), but it will help establish his image as someone who does not pander.  Moreover,  the message of ending ethanol subsidies will resonate with the fiscally conservative, anti-pork voters he desperately needs in New Hampshire and South Carolina, so his campaign stops in Iowa would thus not be wasted, as he would be speaking as much to voters in New Hampshire and South Carolina as he would to Iowans when the media gives him a national platform while covering the Iowa Caucus. 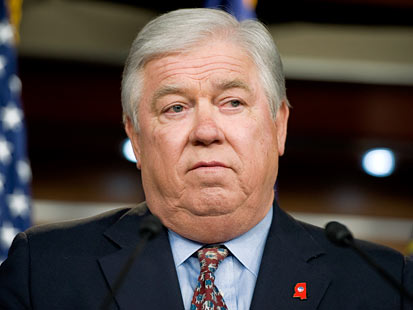 2.  Haley Barbour:  Make it about the Party (no pun intended).

Barbour’s initial problem is there is not an issue or a cause people can easily identify him with.  What cannot be disputed about Barbour, though, is his track record for helping build the Republican Party while it has been down, and his ability to  raise money.  In 1994, it was often said that Barbour was the one who paid for the microphone Gingrich used to sweep Republicans into power.  During this past cycle, Barbour’s tenure at the Republican Governors Association arguably laid the foundation for another historic midterm election and a Republican resurgence at the very moment mainstream publications, after Obama’s historic 2008 win, wondered whether the GOP would become extinct.

Barbour’s best bet may be to build up Obama as a potential billion-dollar candidate in the 2012 cycle.  He should then cast doubts about the ability of the field to raise the money to compete with Obama.  He should argue that because legislation such as ObamaCare must be repealed, it is essential to have a Republican in the White House.  His argument would be that the party in charge of the White House may be more important than a candidate for real changes to occur in the policy arena.  Barbour then should try to convince voters that he is the only person who can amount the resources for the party, as opposed to himself, to defeat Obama in 2012.  Another argument Barbour can make to voters is that he has left almost every organization better off after he has left it, and he would do the same for the GOP and the country.

If Mitch Daniels wanted a truce on social issues, the best way to have done so would have been to say nothing at all.  The toothpaste is out of the tube now, so Daniels has to be careful that he is not perceived by the primary electorate as someone, like John McCain in 2000, who thinks of social conservatives as “agents of intolerance.”  Daniels is far from giving off this perception, as he has repeatedly said that the “truce” is just a tactic he thinks is imperative for the GOP to win and conquer the country’s mounting debt crisis.

Daniels should take two steps going forward.  First, he should emphasize repeatedly what he means by the “truce” and invoke Virginia Gov. Bob McDonnell’s landslide win in 2009, in which he ran on a campaign centered more on jobs than social issues.

Second, Daniels needs a “red meat” issue, not just for the primary but to ensure the core base of GOP supporters does not stay at home should he run and actually win the nomination.  The best bet for Daniels here would be to embrace an issue that puts him squarely in favor of assimilation and Americanism.  Take a tough stand against the radicalization of Islam.  Or come out in favor of advocating policies that promote English proficiency or cut off funding, in the spirit of reducing the debt, to ethnic studies programs.  Come out firmly against multiculturalism the ways British Prime Minister David Cameron did.  Such issues of “Americanism” also play very well under the surface with the very independent voters that will likely be his core base of supporters.

Pawlenty is the candidate who least offends any coalition.  He is also the candidate that lacks a fervent group of supporters.  Right now, it seems as if his best shot at the nomination will be if voters find him to be the least offensive candidate to nominate after not getting excited by any other candidate.

There are two paths Pawlenty can take to potentially to break out of the pack.

Pawlenty is trying to establish himself as Mr. Fix-it, someone who can advocate practical conservative solutions to today’s problems.  So here’s an idea:  Embrace a form of legalized gambling that is partly-regulated (practical and softens up the policy for evangelicals who may be opposed in principle), will allow states to lower their deficits (fiscally conservative), and will appeal to the more libertarian streak of younger voters.  In addition, because of his more than solid credibility among evangelical voters, he can perhaps afford to take such a gamble that others may not be able to.

Or, Pawlenty should ensure that his hard work on the campaign trail is a symbol of the blue-collar, Sam’s Club type of person he is.  Up to now, no candidate has done retail politicking and worked as hard on the ground as Pawlenty.  His campaign should somehow make this hardworking, nose-to-the-grindstone approach a more broader symbol of his campaign.