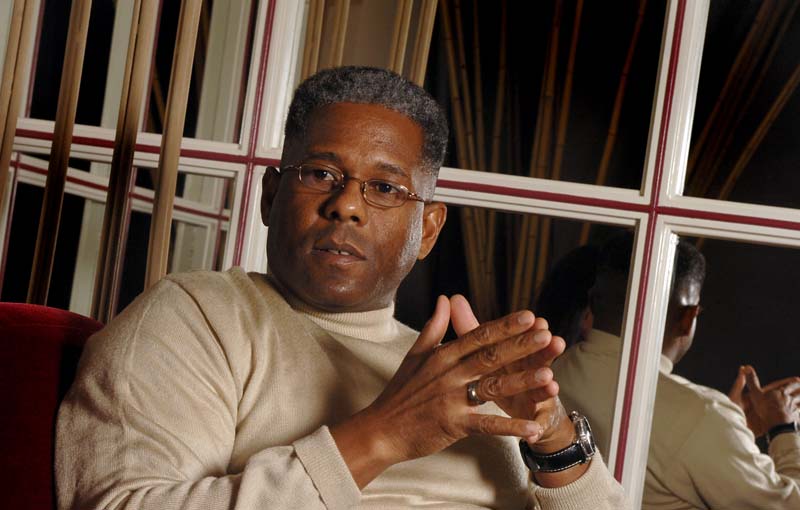 “Over this past week, I have watched and listened to members of the House of Representatives from across the aisle.  I am appalled at their arrogance, belligerence and dishonest rhetoric filled with empty platitudes.  Have they no shame realizing that their inept, incompetent failures are the reason we are debating this continuing resolution?  They failed to pass a budget during the 111th Congress.”

No, that was not some angry blogger venting on his website, nor an acidic  radio talk-show host. That was Republican freshman Rep. Allen West, writing to his constituents in Florida’s 22nd District (Palm Beach-Fort Lauderdale).

“Here, read this and tell me what you think,” West  said to me, as we met in his office in the U.S. Capitol the afternoon  of February 18.  Retired U.S. Army Col. and decorated Desert Storm veteran West had just returned from the House floor and was anxious to tell me about budget-cutting amendments just passed by him and his colleagues on the Republican side of the aisle including a measure denying tax dollars to Planned Parenthood (“That was a good one!”) and other moves to cut the deficit.  And he very much wanted to let me know what he thought of his Democratic colleagues and how he was not shy about letting his constituents know his views.

Actually, I did not have to tell him what I thought or even show surprise.  This was vintage Allen West:  conservative Republican, third-generation military man and one of only two Republicans in the House who happen to be black.  (The other is fellow freshman Tim Scott of South Carolina, also a strong conservative.)

When I first reported on West in ’08, he was making his first run for office by challenging liberal Florida Democratic Rep. Ron Klein (lifetime American Conservative Union rating: 1.33%).  Ignored by many regular Republican donors and party chieftains and running against a Democratic tide in Florida created by Barack Obama, West nonetheless managed a never-anticipated 45% of the vote.

But, as West had often taught in his classes on military history, defeat in one battle does not necessarily mean a loss of the war.  The national media had noticed the retired colonel who was unafraid to speak his mind on issues ranging from government spending to illegal immigration.  Soon, West was in demand to speak nationwide at venues ranging from the Conservative Political Action Conference in Washington to the New York Conservative Party’s annual banquet to Bill Bennett’s nationally syndicated radio program.

When “West-Klein, II” came around last year, the conservative candidate was better known and better prepared, with nearly $2 million from Florida and nationwide flowing into his campaign coffers.  Denouncing Democrat-crafted healthcare legislation as parts of what he called “Barack Obama’s Socialist legislative agenda,” West turned the tables on Klein and won.

In the course of our interviews and those he conducted with scores of other reporters, West rarely mentioned the obvious:  that he is an African-American and a conservative Republican and thus a ripe target for the liberal press.  One thing he did tell me in the 2010 campaign proved prophetic:  “The media could not marginalize me [in Congress] they way they have other conservative voices,  When I’m in Congress, you’ll know I’m there.”

‘Not Obama’s Kind of Guy’

Even before he was sworn into Congress, Allen West made it clear he was going to join the Congressional Black Caucus.  Only one other black Republican House member, former Rep. (1990-96) Gary Franks of Connecticut, had done this and he was eventually asked to leave by the Democrats who control the CBC.

So how is it going as the lone Republican in the Black Caucus? I asked.

“Everything’s fine!  beamed West.  “All this stuff that I would be given a cold shoulder was crap from the liberal media.  I get along well with [Missouri Rep. and Black Caucus Chairman] Emmanuel Cleaver and I think it’s healthy that the entire political spectrum is represented for the first time in the CBC.”

Turning to the top item on every lawmaker’s agenda, West left no doubt he would not vote to lift the debt ceiling “unless we first get budgeting control measures, a Balanced Budget Amendment to the Constitution and we put on the table the ‘Big Three’ entitlements for reform:  Social Security, Medicare, and Medicaid.  Those are non-negotiable on my part before I would cast a vote like that on the debt ceiling.”

I cited warnings I had heard the day before during a press briefing by Obama Office of Management and Budget Director Jack Lew that major emergencies could occur as a result of a government shutdown.  West was not moved by Lew’s warnings.  In his words, “You can’t lead by fear-mongering.  The failure to act and plan accordingly does not constitute an emergency—not on my part.”

The Floridian also called for cutting the corporate income tax (“The second-highest in the world, for goodness sakes”) in half.

Turning to the fast-breaking developments in the Middle East, the old soldier said:  “Do you realize that by the end of this year, the map of that part of the world will be totally different from what it is now?  The stability of Pakistan, Afghanistan and Iraq could all be impacted.  And that’s why we have to pay close attention to that part of the world and listen to people who know what they are talking about when it comes to international affairs.”

I couldn’t resist this one:  Has the freshman lawmaker met the President yet?

“Yeah, there was a reception at the White House for the new congressmen last week and I met him,” replied West.

After an awkward silence, I finally asked whether Obama had congratulated him on being a fellow political trailblazer and historic figure.

Anyone who spends any amount of time with this freshman from Florida will agree with that statement wholeheartedly.  And that is another good reason that we have only just begun to hear great things about Allen West.