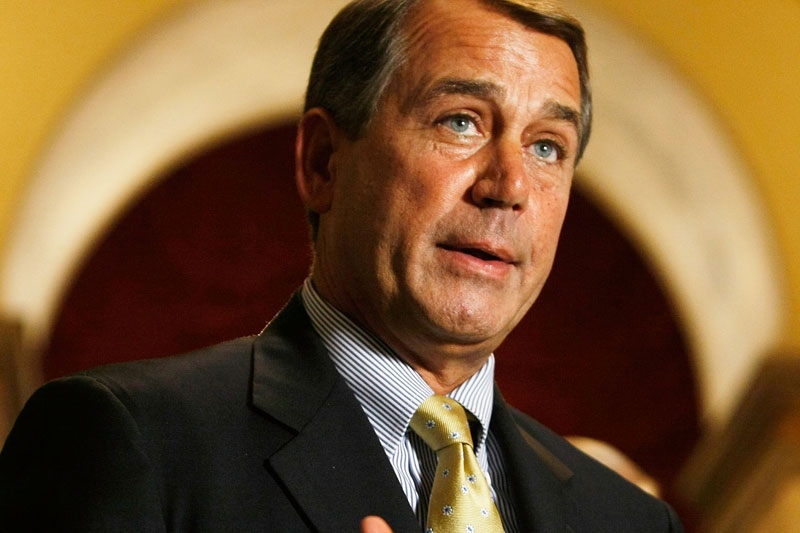 Republican House leaders released a draft of new rules for the 112th Congress, which address many of the reforms advocated by the Tea Party.

“I expect the Tea Party movement will be excited when they see the new rules proposed by Republicans,” Rep. Michele Bachmann (R-Minn.), Chair of the House Tea Party Caucus, told Human Events.  “We are forcing ourselves to cut spending, and it’s about time.”

The package includes a Constitutional authority rule, which the Tea Party strongly advocated and was in the GOP “Pledge to America”. The rule states that every bill must include a “statement citing as specifically as practicable the power or powers granted to Congress in the Constitution to enact” it.

New Speaker of the House John Boehner (R-Ohio) appointed a transition office to draft the House Rules package, which was distributed to GOP Members on Wednesday. The rules will be posted online later for the public to read.

The once and future Chairman of the House Rules Committee David Dreier (R-Calif.) authored the package. He will offer the rules to the full House for a vote on January 5, when the new Republican-controlled Congress convenes.

“The rules are focused on our goal to try and reduce the size, scope, and reach of government. It creates a climate which encourages spending cuts, rather than spending increases. It has greater transparency, disclosure, and accountability. It makes things easier to understand,” Dreier told Human Events.

Many of the new rules are directly from the Republicans’ “Pledge to America,” including the following provisions:

* Each bill will be posted online at least three calendar days before a vote to ensure the American people have the opportunity to read it.

* The budget process for long-term spending is reformed to prevent tricks that allow bills to show balance in the short-term but worsen the deficit later. Under current pay-go rules, a bill must be offset within one, five, and 10-year budget windows. The new rule makes all bills include budget projections for four more 10-year windows. If mandatory spending increases the deficit by $5 billion or more in any of the 10-year windows, the bill would be subject to a point of order.

* All bills that increase mandatory spending bills will be subject to a “cut-go” rule, which means the spending must be cut by an equal or great amount elsewhere. The rule also stipulates that tax increases cannot be used to pay for new mandatory spending.

“Allowing the American people to be heard through their elected representatives is the most important message that will come through. And there are a lot of rule changes that will make that possible,” said Dreier.

The House committees are the focus of much of the new rules. The Republicans reinstated a six-year term limit on committee chairmen, which was a 1994 reform from the “Contract with America” that the Democrats retracted in 2006.

In addition, a new rule states that delegates and resident commissioners (those not representing states) will not be able to vote in the committee of the whole.

The new rules restore to the committees their bill-writing power, while enforcing higher transparency standards. The committees must:

* Both webcast and make available online their hearings and markups.

* Markups, which are meetings in which bills are rewritten, must have three days’ notice, the text of the legislation must be posted online 24 hours in advance, and the votes released within 48 hours.

* Online “truth in testimony” information must be made available, so any conflicts of interest with hearing witnesses are made public.

* Members’ attendance records will be posted for each hearing and markup within 24 hours.

Boehner included in the package that the entire U.S. Constitution will be read aloud on the floor of the House of Representatives on his first full legislative day as Speaker of the House on January 6.

The Constitution read aloud in Congress? There’s a new sheriff in town, and his name is John Boehner.