Joe Walsh: The Longest of Longshots 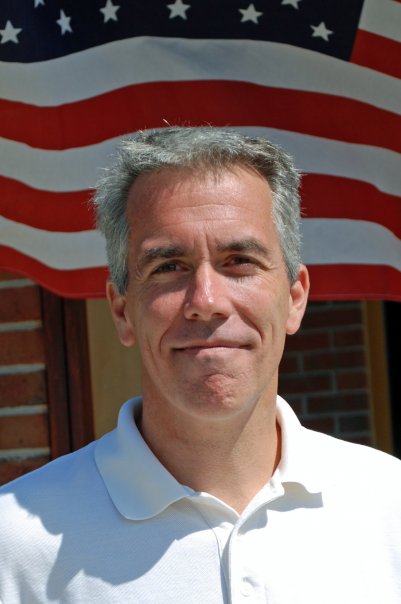 Certainly the elections of Republican Mark Kirk to the U.S. Senate seat once held by Barack Obama and those of four new GOP House Members are major political stories from Illinois.

But perhaps the most dramatic story from the Prairie State in 2010 is the one that is nearly—but not just yet—written: the stunning upset of four-term Democratic Rep. Melissa Bean in the suburban Chicago 8th District by Joe Walsh, former teacher and social worker and easily one of the most unexpected Republican winners of any race this year.

Having upset the choice of the state and national GOP establishment in the primary, Walsh survived highly personal attacks regarding his personal finances to remain his party’s nominee.  Ignored by national GOPers and dismissed by State Party Chairman Pat Brady, the tireless Walsh mobilized more than 1,300 volunteer workers who rang doorbells throughout the district.  With his campaign unable to afford television advertising, Walsh and his wife accepted nearly any speaking date that came their way and garnered media exposure primarily from talk-radio programs.

Throughout the entire race, the onetime executive with the Milton and Rose Friedman Foundation pounded home the themes of opportunity, lower taxes, and more freedom so symbolized by his heroes Friedman and Jack Kemp.

And in the end, Joe Walsh won—or, in his words, “is almost there.”

“We’re up by 350 votes out of 200,000 cast, and that’s with Cook County and all the absentee votes counted,” the GOP hopeful told HUMAN EVENTS over the weekend.  “With only about 660 votes to be counted and all from Lake and McHenry Counties [both reliably Republican turf], I feel pretty confident.  The count will be completed no later than November 16, and it will be up to my opponent to concede.”

Although Bean could demand a recount, Walsh noted that state law requires the runner-up to pay for such a process and that “with technology as it is, it usually won’t work unless twenty or thirty votes separate the candidates.”  He recalled how State Sen. Kirk Dillard, who trailed eventual nominee Bill Brady in the Republican primary for governor by just over 200 votes, opted against a recount and endorsed the top vote-getter (who lost to Democratic Gov. Pat Quinn by about 8,000 votes).

Having upset “establishment” favorite Maria Rodriguez in the primary, Walsh came under fire for once having had his house in a foreclosure process and for other personal financial troubles.  Amid calls from party leaders that he resign the nomination, Walsh addressed his problems, cited the fact that he had made alimony and child payments while trying to sell his house, and, like others in troubled economic times, had difficulty doing so.  But eventually, he told supporters, he sold the house and resolved most of his difficulties.

Like Richard Nixon after his famous “Checkers” speech in 1952, Walsh’s explanation rallied local supporters and ended the calls of “Joe must go.”  But the state and national GOP never assisted him in the fall campaign.

“No, none of them helped at all,” he told us, “But the local conservative Republicans and the different tea party groups all worked hard going door-to-door and setting up meetings for me.”

Walsh added that the “Race of the Week” feature in HUMAN EVENTS “drew a lot of national support for me when I needed it.  And I’m grateful.”

But Walsh also noted that “The National Republican Congressional Committee has been sending lawyers and other people here to make sure this victory is preserved.  So they sure are for me now!”

Recalling how opponent Bean had $2.5 million in her campaign kitty to his $450,000 (“all small checks”), Walsh explained that the Democrat’s TV broadsides may have helped him.

“Her ads said I opposed abortion in all circumstances except one, that I was against gun control, and favored getting rid of the Department of Education and the Environmental Protection Agency—all of which was true,” he said, with a laugh, “and she even ran a pretty good picture of me.  People thought they were my ad.  They came up to me and said ‘I like what you stand for.’”

So the district that sent Republicans Don Rumsfeld (1962–69) and Phil Crane (1969–2004) to Congress has a new GOP Member—almost.  Should Joe Walsh emerge triumphant in the 8th District, it seems likely that the unlikeliest Republican congressman of all will be heard from in the coming Congress.

The Day The Earmarks Stood Still