Connect with us
A year ago, Chaplain Vanderwerken's chapel was bursting at its seams the night before deployment. His chapel is maintaining its flock since the men have begun to return.

A year ago, Chaplain Roger Vanderwerken’s chapel was bursting at its seams the night before deployment. As chaplain, his role includes listening to soldiers discover feelings they fear they may never share again while assisting them with details that modern-day warriors prefer to avoid, realizing they may be leaving loved ones behind for eternity. Vanderwerken’s “job” is being there for all Marines returning home.

Last month, Chaplain Vanderwerken was celebrating. His Marines have returned home, walking into joyous celebration. Family and friends met returning Marines, often in the middle of the night. Huge crowds welcome them, Vanderwerken said, “everyone is there.” Some are seeing children for the first time. Others return to parents, sibilings, extended family. Some Marines returned after suffering dramatic weight loss from heat, stress and inadequate food, said Vanderwerken. “They looked like skeletons, some of them. It was kind of scary,” he said. For many, their diet consisted of MREs (Meal Ready to Eat), military food pre-packaged in plastic bags. These Marines returned 30 pounds thinner than before deployment. “A lot of them gained the weight back pretty quickly,” reassured Vanderwerken. “They were certainly welcomed home with big meals.”

Marines returning from war face readjustment. Couples must work together redefining their roles, to each other and to their children. One of Vanderwerken’s flock, a pilot, deployed leaving a wife and three children ages 8, 5, and 4 on home shores. “During the pilot’s time away, his wife did incredible things. She sold their home, bought and remodeled their new home. Her husband came home to a brand new place, you know and that was kind of interesting. She was pretty strong woman to do all that,” Vanderwerken said. “Another couple dropped their 1-year-old child off, in Texas, with grandparents. It was a time of rejoicing when both parents returned.”

The war has been hard on the Marine community at the base. Vanderwerken found himself counseling families to limit television viewing. “That was psychologically harmful to a lot of people,” he said. “Eyes glued to the TV hoping to see a word, somehow, somewhere. Many wives and families were glued to CNN all day long. It wasn’t a healthy thing for them.”

Vanderwerken was assigned to remain at Marine base Camp Pendleton, near San Diego. With congregants deploying, he worried service attendance would drop. To his delight, it doubled. Wives, girlfriends, and child-minding grandparents sought solace and refuge in the place Vanderwerken describes as a spiritual home.

“When the guys come back,” said Vanderwerken, “there is euphoria and tremendous amounts of attention from the public, family and friends. . . . They don’t think too much about their experiences, too much. And then later, some of that reality sets in. And it is hard. And they need to talk about it.” The pilot whose wife moved his children and home, Vanderwerken said, “took really a couple of weeks before he knew that he was back.” Though the pilot stayed at the local airfield for a while and just talked, most Marines return immediately to their own homes.

Marines undergo significant debriefings before leaving Iraq. Warrior Transition Program chaplains are sent over to head up needed discussions. “There is quite a lot of care given to Marines before they get back here,” said Vanderwerken. The warriors are asked to describe their battlefield experiences. They are counseled to leave those experiences behind. “The Marines are told,” Vanderwerken said, “you are coming back to your home now.”

He makes sure he remembers to take a Sabbath. He takes a day off during the week, to “get away from it all.” One role of the chaplain in the military unit is to remind commanders of one great principle of America is freedom of religion. Military men engaged in the fray are encouraged to worship when they can. “Often,” he says, “there is no such thing as a day off in the field.” Worship is critically important to a Marine or soldier. “It gives them a chance to focus on eternal values,” Vanderwerken said.

One question Chaplain Vanderwerken asks each of his returning Marines is, “What was the best thing you saw in Iraq?” His burly Marines, to a man, describe “scores of children running up to them, thanking them and hugging them,” he said. A lot of older people do the same thing, said Vanderwerken, puzzled as to why the media barely reports on his military’s good deeds in Iraq.

“Marines,” Vanderwerken said, “are a highly disciplined group. Everything is very regimented. Marines know what orders are and they carry them out. And without question. They are very fine troops. They know how to get a job done and they do it.” Vanderwerken doesn’t think Marines will coordinate their own grass-roots promotion of their unreported good deeds for Iraqis. “These guys are Marines. They are not activists. They do what they are told. They really don’t start grass-roots things,” he said.

Ordained in the American Baptist Church USA, Vanderweken counsels Marines of all denominations. “The tendency with past wars,” Vaderwerken says, “is warriors return and fall away from religion.” That has not happened with Operation Iraqi Freedom, he said. Marines who discovered the Lord in the battlefield are maintaining their commitment. His chapel is maintaining its flock since the men have begun to return. 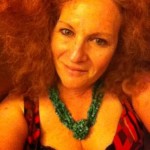